In Which Today’s Post Disintegrates into a Whiny Rant 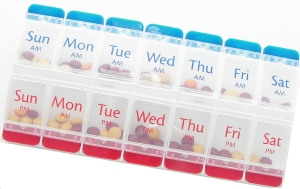 One stressful thing about starting a blog is that readers expect it to be updated regularly (quite a relative term). When I can’t think of anything after coming off a three-day string of posts, I’m too hard on myself when, in fact, it’s not really surprising to people: Oh, a guy dealing with mental illness? Of course he’s gonna be consistent. Just like all those young blondes that marry Hugh Hefner do so out of love.

Today, no attempt at a deep, profound flash-fiction parable that would rival those of Jesus. No stab at a Tony Robbins-style pep talk/kick in the pants. I’ll just write about how I’m doing or what’s going on.

I’ve been really frustrated with my bad luck regarding psychiatrists. I know they are overworked in this country due to a shortage and a big need, but when I see my psychiatrist, it would be nice if he would try to act like a doctor. I’m reaching my limit with conversations like this:

Me: Doctor, I’ve been on these meds for three months and I still don’t feel any better.

Shrink: Well, what do you want to do?

Me: Um, I’m not sure. I was hoping you would help me out with that.

Shrink: Well, if you want to change medications, then change them.

Me: (long pause) Do you think that would help?

Shrink: You tell me. What do you want to do?

I mean, I know doctors are busy, but I don’t think it would be asking too much for them to at least pretend that they care. At least the preceding conversation didn’t dissolve into the one that I’m about to show you. In the next one, I had just come out of the hospital after my second suicide attempt, and this was the first time for me to meet with my doctor after that:

Shrink: So, you tried to kill yourself again?

Shrink: (throws pen against wall) I thought we were making progress. I can’t trust you any more!

Shrink: No. You don’t listen to me. Go and be your own doctor. Go on.

This still makes me angry when I think about it. The shrinks in these two situations are both from the same country. (At least no one can say that I don’t give second chances.) It’s not like the American ones are any better, though. This next exchange happened during one of my hospital stays:

Shrink: …….and then take this one to counter the side effects of that one. And then this one will stop the weight gain from that one…….

Me: Wow, doctor. I’ve never taken eight kinds of pills at the same time. I’ll have to get one of those weekly pill containers that old people have.

Shrink: (takes off glasses and glares at me) You want to get better, don’t you?

Ugh. I told the second story about the psycho-shrink to our family practitioner during my annual check-up. He told me that psychiatrists are basically one step away from being patients themselves. By the end of med school, he said he had accurately predicted the ones who would pursue psychiatry.

Actually, I didn’t intend to whine about shrinks for this entire post, but, since I am, I might as well talk (whine) about therapists while I’m at it.

I had to change my therapist during my first hospital stay. She was very nice and intelligent, but, seriously, none of us could distinguish her from our fellow patients. For starters, her attire: It was like no one had told her that Woodstock was over.* Some were actually convinced that she was sampling the product in the hospital cabinets.

Then there is the therapist from whom I’ve recently parted. I’m not kidding when I say the following took place during every session:

Therapist: So, have you and your wife had sex yet?

My current therapist is pretty good. I haven’t run into any problems (yet). What’s funny is that she is pro bono.

In the hospital, the lecturers and nurses kept telling us that medicine alone would not help us get better: We needed a combination of medicine, therapy, exercise, coping skills, hobbies, etc. Isn’t that the truth.

Since this post disintegrated into a rant, I’ll share this link that I posted yesterday on Facebook and Twitter as a source of encouragement. It also includes a healthy dose of Christian faith which I, ahem, somehow left out of this post.

Actually, ranting like this is therapeutic. Maybe I should become my own doctor.

*You know you’re getting old when you feel the need to explain Woodstock.

I'm a college teacher, writer, and faithful Catholic. I do my best to juggle all of these while dealing with my mental illness -- a constant thorn in my flesh. END_OF_DOCUMENT_TOKEN_TO_BE_REPLACED
This entry was posted on Wednesday, July 31st, 2013 at 6:20 pm and tagged with blogging, discouragement, doctors, Jesus, medication, mental illness, psychiatrists, Psychotherapy, rant, sex, suicide, therapists and posted in Drugs, Mental Illness. You can follow any responses to this entry through the RSS 2.0 feed.
« Getting Routed in Battle
The Flea Market »