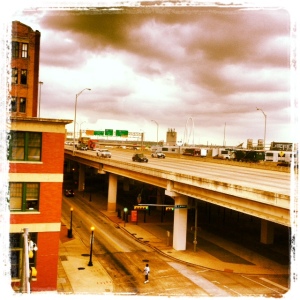 I just got back from another court date. The pre-trials are over. All they consisted of were my showing up, saying “here” when my name was called by the judge, and my lawyer speaking with me for 60 seconds to say we wouldn’t accept yet another plea deal.

If you’re new to this blog, you can get caught up to speed here.

Today was the first date of the actual trial; however, the procedures were exactly the same as the multiple pre-trials that I have attended. My first thought was, I guess my lawyer made a mistake. This is just another check-in. So, I took a seat in the courtroom and watched as individuals approached the judge one by one with their lawyers.

All of the seats toward the back are taken first, so I usually sit in the front of the courtroom. It works out well, though; I can hear each case being tried right before me.

Today, one stood out in particular. A young man was charged with assault for the fifth time in four years. It breaks my heart to witness things like this, but I have to watch. For me, it’s a lesson in what not to do; the same reason I’m addicted to gritty prison documentaries.

It was evident from the proceedings that the young man had no intention of turning his life around. It’s an extremely difficult thing to do, so I will be praying for him.

This time, the man was charged with assault on an elderly person. The judge always speaks at normal volume while the defendants respond as softly as possible. From what the judge said, the young man seems to assault only women and the elderly. While she was lecturing him on his anger problem, the judge suddenly stopped and said, “So now you’re angry at me?” I don’t think it was a coincidence that a third Sheriff suddenly appeared from a rear door.

The defendant works only three days a week at a nightclub. Alcohol was involved in each of his assaults, yet he chose to seek employment at a bar (the judge’s words). This is a big reason why I gave up drinking. I’m not saying it’s “evil” per se, but I’ve seen nothing good come from alcohol. In the Bible, Paul tells Timothy to drink some wine to help with his stomach problems, so I believe it’s okay when consumed in moderation.

I’ll never touch the stuff again because, although no alcohol was found in my bloodstream after my accident, it was still a factor that led to my DWI charge. Plus, it’s a depressant, and I sure as heck don’t need any help feeling depressed.

By the way, the young man was ordered to attend anger management classes, to get his GED, and to serve ten days in jail. What about the alcohol part?? I thought.

My lawyer came running through the doors like she usually does, spoke briefly with the court assistant, and then motioned for me to talk with her outside the courtroom.

“The expert witness isn’t ready, so you’re free to go!” she said before walking away.

“Wait,” I called after her. What in the world just happened? For $4,000, I expected a little more information from my lawyer.

Apparently, the expert witness, a medical doctor who had analyzed my blood sample after my accident, wasn’t prepared for whatever reason. Without him, the trial would have to be postponed . My lawyer had no idea when the next court date would be. No surprise there.

Even though I never intended  to operate my vehicle with a bloodstream full of Xanax, what’s done is done. I can make excuses like, “This shouldn’t have even happened,” or “My blood alcohol content was 0.00%,” but it wouldn’t do any good.

Intent or not, recollection or not, I have to face the consequences. It could be worse, I tell myself as I think of the financial costs that have been adding up since spring. I could have taken an innocent life. Someone’s son. Daughter. Mother. Father. My own life.

Thank you, Lord. I am a nervous wreck right now, but thank you for sticking with me through the thick and thin.

I'm a college teacher, writer, and faithful Catholic. I do my best to juggle all of these while dealing with my mental illness -- a constant thorn in my flesh. END_OF_DOCUMENT_TOKEN_TO_BE_REPLACED
This entry was posted on Friday, September 20th, 2013 at 2:03 pm and tagged with alcohol, assault, attempted suicide, court, depression, DWI, judge, judicial system, Xanax and posted in Court, Mental Illness. You can follow any responses to this entry through the RSS 2.0 feed.
« Frustration with Therapy
The Joyful Mysteries »