My Friend of Misery 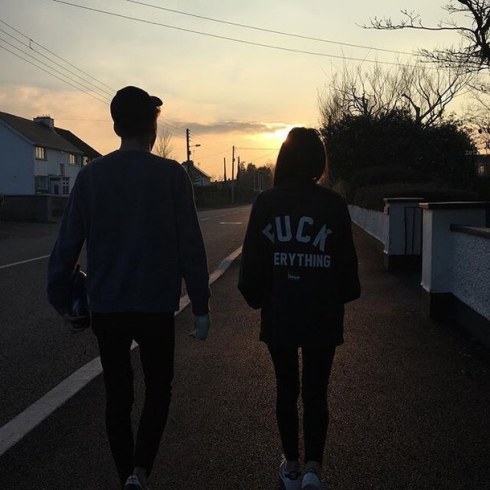 I prefer a church which is bruised, hurting, and dirty.

I made a new friend at work. I’ll say her name is Sheila. It’s a wonder that we found each other. You see, Sheila suffers from depression and suicidal ideation just like I do. We didn’t know this when we started chatting daily and visiting each other’s classrooms.

Sheila seemed meek and shy. I could tell right away that she was introverted almost to the point of misanthropy.

After talking casually for several weeks, she started confiding in me. “I have a drinking problem.” “I suffer from depression.”

I also started opening up with her. It turns out that we both have spent time in psych wards for suicide attempts and depression.

Sheila and I are at the point to where we share everything with each other — because we have each other’s trust.

Today we were on the topic of suicide. We were discussing how different methods wouldn’t totally work. A bullet to the head might turn one into a vegetable instead of being fatal. How swallowing Drano could only burn your insides and not kill you. How pills don’t work (because we have both tried them).

Then our conversation took an eerie turn. Could we go to the Netherlands and take the euthanasia drug? Surely not. They wouldn’t give it out for healthy people’s suicides. What about Oregon? Nope. same thing.

Then Sheila said something that — well, I should have been shocked or red flags should have gone up, but they didn’t.

Sheila said, “As soon as my two cats die, I’m checking out.” Then she made a cutting motion across her throat with her index finger.

“I’ve been researching about hiring someone to kill me. Either that or jumping off a bridge into traffic.”

The thing is, I did nothing to persuade her from those plans. I didn’t step in like a friend should. I didn’t report her to 911.

Instead I empathized with her and told her I felt the same way. I even asked her if she would someday fly to Amsterdam with me so we could take the euthanasia pill together.

But what about my agreeing with her? That certainly isn’t the Christian thing to do.

Oh, and Sheila is an alcoholic. She drinks wine at work out of her coffee tumbler. On Fridays we go out for lunch and we both slam beers.

I have the time of my life with Sheila — in a totally platonic way. But at the same time I am starting to believe that God put me in Sheila’s life to help her. And helping her I’m not.

Could you pray for me? Could you also pray for Sheila? Her parents have passed away, she doesn’t communicate with her siblings, and she has no real friends except for me. She has no one to live for.

Right now we are partners in misery yet we both are the only ones who can make each other laugh. It’s a tough situation because I love our friendship.

But at this point I guess I don’t love her enough to reach out to her as a Christian.  The scary thing is, I don’t want it to ruin the fun we have.

The suicidal downward spiral feels like a water park slide: looping down and around until we go crashing into the water, all the while laughing and giggling like two kids under the summer sun.

Except we’re under storm clouds and I’m doing nothing about it. I want to feel ashamed of myself but for some reason I don’t. You have every right to judge me, but at this time I just ask for your prayers. That I can be a man of God and help this poor woman.

I'm a college teacher, writer, and faithful Catholic. I do my best to juggle all of these while dealing with my mental illness -- a constant thorn in my flesh. END_OF_DOCUMENT_TOKEN_TO_BE_REPLACED
This entry was posted on Friday, September 15th, 2017 at 7:42 pm and tagged with alcoholism, friendship, mental illness, misanthropy, suicide and posted in Catholic, Christianity, Death, Drugs, Friendship, Mental Illness, Suicide. You can follow any responses to this entry through the RSS 2.0 feed.
« Living Our Lives For Christ
Mental Illness 1, Sheila & Topaz 0 »

2 responses to “My Friend of Misery”