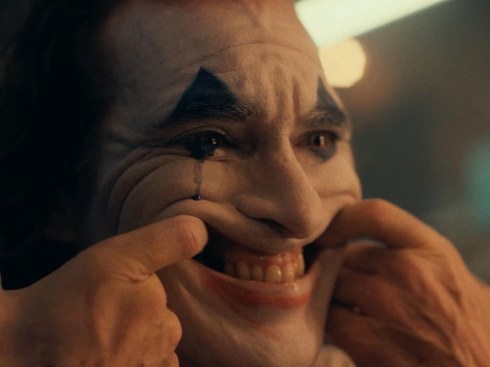 I’ve been seeing in the news that the Joker movie is already stirring up controversy, and it hasn’t even opened in theaters yet.

The main complaint, one example is here, is that the movie centers around a white male with mental issues. Thus, the critics contend, it will encourage more white males with mental issues to commit crimes, most notably active shooter crimes that have become so prevalent in the U.S.

I happen to be a white male with mental issues. Does that mean that after I see Joker, I’m going to purchase an assault rifle and body armor and kill as many people as possible in the nearby mall/restaurant/movie theater/supermarket/etc?

Of course not. That’s profiling. And in America, we ALL know that profiling is wrong.

Do I think the movie Joker, about a white male loner who gets beaten down by society, thus turning him into a mass murderer, is going to trigger more people like me to commit crimes?

I don’t know. Maybe. Maybe not.

But I think everyone is missing the point. In the previews, Arthur Fleck, who becomes Joker, is told by his psychiatrist that she will not meet with him anymore. Maybe because he is not improving. Is she giving up on him?

I think the point is that this demographic needs help. MY demographic. I have had three psychiatrists in my life who have literally kicked me out of their offices, telling me never to come back because I “wasn’t improving.” I was told by more than one therapist that I “didn’t need medication” because I “just needed to change my thinking.”

I think society gives up on people like us too easily and quickly. Might I remind everyone that mental illness is a disease. My sister’s friend recently committed suicide even though he had a family that did all they possibly could to help him.

Unfortunately, the young man was just not able to see the love being poured out to him; he was not able to realize how devastated his family and many friends would be if he took his own life.

My sister, her friend’s father, and everyone else who is “normal” (Therapists hate this word, but I don’t care) did not understand that the young man was enveloped by a dark cloud that prevented him from seeing clearly. It’s not that he didn’t care about hurting his loved ones; he was not able to realize it.

Perhaps the controversy surrounding Joker needs to be a wake-up call to society: People need help. “White males” with mental issues. Those who are bullied. Misfits. Loners. We need help.

My personal issues have caused me to be an outcast my whole life. I still have scary flashbacks from when I was bullied during my childhood. They won’t go away.

We, just like Arthur Fleck in the beginning of the movie, are merely people who have been crapped on by society. Instead of banning the movie, why not use it as a teaching moment for American society?

And you “normal” people: Do your part. Be nice to weirdos. Try talking to that outcast/loner kid at school. Don’t be so quick to kick us out of your psychiatry offices.

Maybe it’s not guns that are the problem in America. Maybe it’s the neglecting of those who are not “normal.”

I'm a college teacher, writer, and faithful Catholic. I do my best to juggle all of these while dealing with my mental illness -- a constant thorn in my flesh. END_OF_DOCUMENT_TOKEN_TO_BE_REPLACED
This entry was posted on Wednesday, October 2nd, 2019 at 3:38 am and tagged with active shooter, Joaquin Phoenix, Joker, Joker Movie, loner, mass shootings, mental illness, outcast, villain and posted in Bullying, Domestic Abuse, Friendship, Media, Mental Illness. You can follow any responses to this entry through the RSS 2.0 feed.
« Purified by Fire: Summer Challenges in the Middle East
I Want to Die »

One response to “‘Joker’ Movie: A Wake-Up Call to America”