This Isn’t the Way 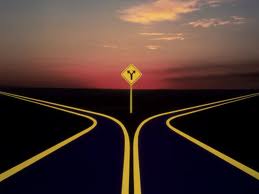 The computer screen became blurry as my mind began to shut down.  I could barely keep my head from falling onto my folded arms in front of my keyboard.  I had just finished cutting and pasting an old piece of flash fiction to my blog, and it was time to call it a day.  Never mind the fact that it was only 9:30 in the morning.

Luckily I didn’t have class.  I grabbed my bag and set off across campus, stumbling like a drunk, until I reached my car.  Behind the wheel, I felt a little better.  At least I could focus on getting home instead of having to sleep off last night’s dosage of my prescription meds inside my stifling hot car.

I knew I would come home to an empty house since my sons were on summer break, and my wife always took them to the park each morning before it got too hot.  Good.  At least I can crash.  Had my wife been home, I would’ve had to explain why I was home early yet again.  It was my fault that my wife was in a constant state of worry.  I had missed so much work over the past several years that I couldn’t blame her.

I woke to the sound of kids laughing and yelling in the next room.  I stared at my alarm clock, trying to register the numbers and which ones the hands were pointing to.  1:30.  Wow.  I had been out for nearly three hours.

As I lay there looking at the ceiling, my mind became clearer.  I turned my head to the left so that I could see the miniature wooden crucifix, all alone on the vast white wall.  “Help me, Lord…”  As usual, my prayer tapered off soon after it began.

For me, prayer sometimes means merely gazing at the crucifix, connecting my soul to God in the most primal way.  It’s funny because that’s usually when He answers me in the clearest voice.  Like just then.

Seek first my kingdom and my righteousness, and everything else will be given to you.

I jumped out of bed, grabbed my iPad, and quickly began to delete the flash fiction piece that I had posted.  Dude, what are you doing?!  This is what people want to read.  This is how to get more followers and comments!

Smiling at these thoughts, and finally able to see through the smoke screen, I finished my task.  I felt relieved.  The same sort of relief after I got rid of all my social media accounts.

It wasn’t the way.

I wasn’t on WordPress, paying for my own domain name, to seek out and capture more followers than other blogs.  I mean, it would be nice to have lots of people read my stuff and like it, but that wasn’t the point.

God had decided that my blog was to be a tool for Him to reach those who needed help, Christian and non-Christian alike.  Who was I to post depressing flash fiction stories with morbid endings that would hopefully appeal to the masses?  For one, that kind of negativity would end up making me worse; and second, where would God be in all of it?

Before I started blogging, I asked God to keep me from straying off the path.  I had a divine mission statement so to speak, and I knew that I could easily get sidetracked.

I lay back down, setting my iPad next to me.  Intending to rest and perhaps fall back asleep, I closed my eyes.  Instantly they opened and I gazed at the crucifix again.

The Lord still had more to tell me.

The word choice entered my mind like a bolt of lightning.

That was it:  I wasn’t making the right choices during the course of my daily life.  There I was, moping around in bed in the middle of the week when I should have been at work.  Why was I there?  Because last night, I make the choice to take the full dosage of my medication knowing that it could affect me the following day.  And why was I taking medication in the first place?  Because of my mental illness.  Okay, but could I have made better choices to perhaps be in a situation where I didn’t have to rely so much on meds?

Yeah, I guess so…

It was all falling into place.  I get scared when the Holy Spirit grants me enlightenment because it’s like being assigned by the dean to spearhead  a committee:  I am handed a responsibility, and there is no backing out.  If I decide not to do it or do it half-heartedly, then it’s all on me; I have no one to blame but myself.

But being called higher by God is such a wonderful thing.  Like growing pains, it can be rough, but it’s natural.  Why wouldn’t I want to be called higher?

Psalm 19:8 says, “The precepts of the Lord are right, giving joy to the heart.”  I know from my experience that I am happiest when I am close to God.  For me, giving up things like extreme metal music was hard at first, but then I realized that it was hindering me in my relationship with God.

I’m not saying that everyone in the world needs to give up extreme metal or that you will get struck down by lightning if you listen to it.  Since I was already on shaky ground, I felt that I had to give it up, and it was the right thing to do.

Anyway, I am very grateful for those of you who are reading my blog posts and following me.  That is why we blog in the first place.  But I may begin to alienate some of you as I “toe the line” and get back to the original purpose of this blog.

When I started, I told myself that if only one person followed my blog and was impacted by it, then it would all be worth it.  The trick is for me to keep that mindset.