Purified by Fire: Summer Challenges in the Middle East 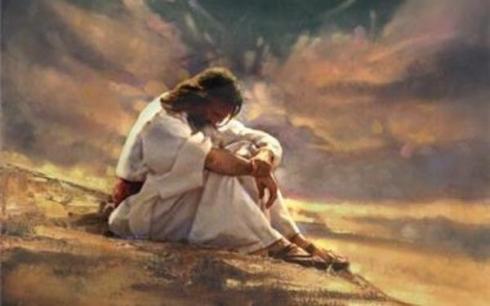 Things are up and down all the time. It’s fun when my friends and I get a chance to leave the compound (We have to have a “battle buddy” when we leave), but other times it’s depressing to be stuck inside the tall barbed-wire walls.

When I first got here, I heard a few variations on how people end up on this compound in the Middle East. Things like: You either end up as a hunk (meaning all there is to do is work out); a chunk (becoming a couch potato); or a drunk (there is access to “tea”).

I heard one officer explain it this way: After a year, you either weigh 300 pounds or you can lift 300 pounds (meaning there are only two things to do on the compound: work out or eat snacks every night in front of the TV).

With my fragile personality and my mental issues, I tried working out at the gym which is pretty modern; it has everything that one would find back in the States. It gets old, however. So then I started taking walks around the compound which takes about 30-35 minutes – except I would do it right after work when the temperature was/is 110-115 F (43-46 C).

Why would I choose to walk in the heat of the day? I was silly and pretended that the hot sun was burning off my fat. With an average summer humidity of only 10%, it really wasn’t that bad.

That was back in June and July. Then I got a membership to the “tea room” where I ended up spending up to $200 per month on “tea” that I would binge on during the weekends. I never expected that I would become a “tea addict” in a country where it’s officially unavailable. I never did this in the States. Why was I doing it here?

I’m having to ration my psych meds because I don’t know if they would clear customs if/when my wife ships them to me. Maybe that’s why I turned to “tea.” But that only helps on the weekends. During the week, I’m all alone to face my demons at work and to deal with life in Auschwitz (as my combat veteran friend refers to the compound).

The Army chaplain on the compound means well, but, no offense, he’s an Evangelical Protestant who graduated from Liberty University (the home of Jerry Falwell). Needless to say, he appears pretty phony and insincere.

The Catholic “Mass” happens every week, but since it’s so hard to get ordained priests to come to this location, most of the time lay leaders give their versions of homilies and distribute the consecrated hosts. The majority of the parishioners are Filipino laborers, so I have trouble making friends with them; I feel out of place and have trouble finding things in common with them.

I have a Catholic Bible app and a Rosary app on my phone, but with no one to hold me accountable, it’s hard to maintain any kind of spiritual life. Since the Qur’an is legal here, my friend who’s on the path to conversion loaned me a copy. I have read parts of it and find it comforting.

I finally confided in a friend at work (the one who is converting to Islam) about my depression, and she told me I’ve got to get hold of myself, give up “tea,” and start exercising again.

I agreed with her. I’m at that crossroads where either path could determine the course of my future. I choose the good path. No more “tea” for me. I honestly do not like exercising, but my friend encouraged me to at least walk around a sand “track” that is outside the gym, after dark of course so it’s not scorching hot. I think I will give that a try.

My youngest son just started middle school, so both of my sons sit together on the bus and go to the same school again. I try to Skype with them whenever I can, but with our schedules and the time difference, it’s hard.

Hang in there. It will get better. I’m living proof.