Unchained: Fear of Going Ballistic in a Public Place 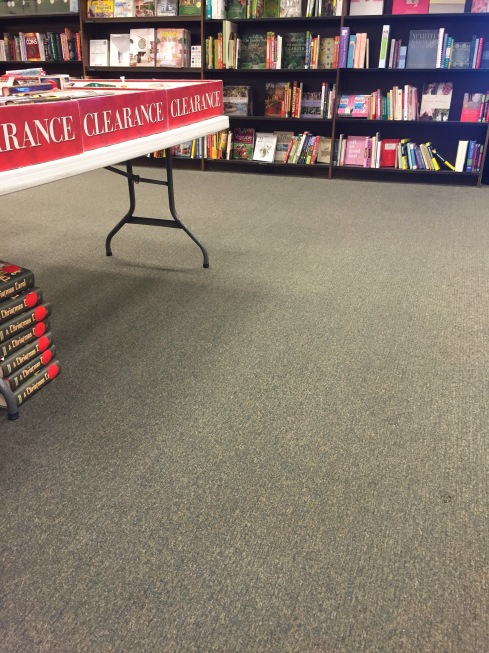 Here I am in a well-visited bookstore. I sit with a book on one knee (The Name of God is Mercy by Pope Francis) and my smart phone on my other, typing this.

I don’t know if it’s from my Starbucks mocha that I’m still nursing, or if it’s from losing my temper with my two little boys this morning after my younger one’s basketball game.

But I’m suddenly having flashbacks of the mental ward and how I was kept in there against my will — a prisoner cut off from the real world.

I recall pushing my face against the barred window, straining to get a glimpse of some trees or grass.

The feeling of helplessness. Madness. Panic in being trapped.

Now here I am. I’m free. My body. I can go wherever I wish. I can sit here at a bookstore and read while the old, the young, the obese, the hot eye candy, the children pass by, consumed by their Saturday afternoon.

A staff member walks past me, unaware of my thoughts. My feelings. My darkness.

I can simply lash out at anyone — anything — in an instant and ruin lives. Ruin my own. Forever.

The thought scare me. They cut through the medicated complacency that I enjoy.

Growing Up with Verbal and Physical Abuse 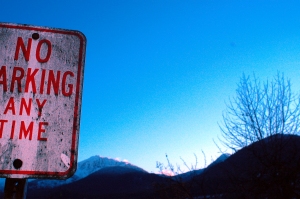 During my youth, from as early as I can remember until I finished high school, my dad (I hesitate using the word father) made my life — and the rest of my family’s — a living hell.

He was angry a lot of the time. My grandfather was worse, and my great-grandfather was the devil incarnate from what I was told. The times when my dad was not angry were the worst because he was like a landmine field. My mother, sister and I had to tread carefully during those times; in the blink of an eye, my dad would transform into a raging monster. I would compare it to The Incredible Hulk, but at least people could see the transformation of David Banner into The Hulk and run away. With my dad, one minute we would be at the dinner table having a normal meal, and the next minute he would be screaming at my mother, berating her and, depending on his mood, slapping, hitting, or choking her.

It made for an excruciating childhood. I have a younger sister and brother, so I’m not sure if being the oldest child mattered, but I seemed to be the one who got the full brunt of my dad’s temper. I won’t go into great detail here — I wrote about a particular experience that I can post at a later time — except to say that I was verbally and physically treated the same as my mother.

The verbal abuse was constant: I was a “retard” because I wasn’t athletic (even though I excelled academically); I was a “mush mouth” because I wore orthodontic retainers for a number of years that hindered my pronunciation; I was a “worthless piece of #!$&” because, well, because I existed; and lastly, I was a “faggot” because I was shy and never had a girlfriend during my high school years.

The degrading names weren’t limited to the above four, but those were the main ones. I was told by my aunts and grandparents that, when I was a toddler, my dad would set his glass of Coca-Cola on the very edge of the living room table while he and my mom watched TV. Whenever I knocked over his glass, he would scream at me and lock me in my bedroom. It was as if he would create situations in order to pounce on me.

To this day, I can hear my dad yelling at and berating me whenever I make a mistake. When someone is approaching behind me, I have flashbacks to when my dad would sneak up behind me and give me a hard shove. And, worst of all, when my wife gets angry at me for not taking out the trash or not helping her around the house, it’s not my wife yelling at me; it’s HIM. As a result, I immediately get defensive and escalate things to full-blown arguments. My wife ends up in tears because I’m so difficult to deal with at those times.

The arguments with my wife don’t happen as much these days, but for the longest time, I really didn’t know why I was so defensive; on occasion, I would lie or pass blame on our kids — anything to get out of the hot seat. My marriage was not a marriage: It was a return to my youth, the cycle of hell repeating itself all over again. I still walk on egg shells most of the time when I’m with my wife.

It wasn’t until I was hospitalized after my suicide attempt that I learned about PTSD. I always assumed it was only related to war veterans. Little did I know that I was suffering from it.

I have to deal with PTSD in all areas of my life, even my career. I used to have a primary care physician who I quickly got rid of; I now see a PCP in the same building. As with all things, there is the good, the bad, and the ugly. Well, the first doctor was the latter two.

Soon after moving back to the U.S., I went to see if he could prescribe Xanax to me. Not only did he refuse, but he blurted out, “You have anxiety and social phobias? Why the h*** did you become a teacher?!” A valid point, but there’s no way that I’m going to pay toward his country club membership and tolerate that kind of attitude. (I would expect it from a shrink because they’re not exactly “normal.”)

Anxiety sometimes gets the best of me when I’m in front of my students. I had some horrible experiences straight out of graduate school because of my insecurity. I was hired by a university as soon as I finished school, and I wasn’t ready to be in the trenches. College students can be as bad as public school kids sometimes.

I may think that a particular student is smirking at me because I’m inept, or I might believe the whole class is masking their contempt of me because I’m not as good as previous teachers who they’ve had.

The doctors say that the verbal and physical abuse was a big cause of my various mental health issues.  I know that I can’t blame it all on my dad; that would be the easy way out. I’m sure it also has to do with my illness and with my own character. It seems like the boundary between all three of these is blurred. I have no idea what I can change and what I cannot change (Yes, I’m familiar with the Serenity Prayer).

Even though I am free of suicidal ideation and depression for the most part, that darn PTSD still rears its ugly head regularly. Perhaps it’s because I’ve never dealt with it. This week I have an appointment with my therapist, so I’ll bring it up. Maybe it can explain my abnormal marriage.

When I write a blog post, I try to end everything on a positive, spiritual note. Today, though, I find that difficult. So, I’ll just share that Serenity Prayer with you:

At the Psychiatrist’s Office 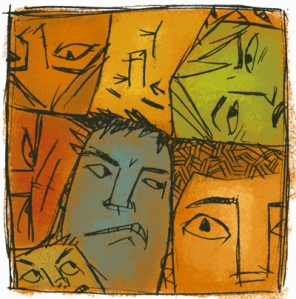 This morning I had an appointment with my psychiatrist.  I don’t like having to miss work, but at least I didn’t have to take the whole day off.

The waiting room is quite an adventure.  I always dread walking into the lobby after I sign in.  Avoiding any eye contact because a lot of the patients are scary-looking, I take the nearest chair available.  Sometimes I have to walk around until I find one that’s vacant.

One time I sat down in a (seemingly) empty seat only to be berated by a young woman who was built like a UFC cage fighter.  Not wanting any trouble, I quickly got up and found another place.

Sadly, in this day and age, I never know where someone’s anger is going to lead them.  I’ve seen too many news stories about road rage or (fill in the blank) rage.  The last thing I need is having a knife or a gun pulled on me by a mentally unstable person.

Today, like most times I come here, there was an obese blonde lady who started going off on the receptionist because the employee “was rudely talking on the phone with another patient” while the blonde lady was paying her bill.  I sort of get used to the “F” word being thrown around at full volume.  Such is life in a crowded psychiatric waiting room.

I just wish there were more psychiatrists in this country.  Due to a shortage, doctors can only spend a few minutes with each patient because they are so overbooked.  This morning, though, after quickly adjusting the dosage of my meds, I was able to slip a question in.

“Doctor, would it be a good idea to start a blog about my mental problems?  That way I can interact with people who have the same problems.”

“Absolutely not,” he stated, nearly cutting off my last two syllables.  “For a more stable person, yes, but since you are on shaky ground, I would say no.”

Then the Holy Spirit took over.  “Well, what if I made the blog positive?  With a theme of faith and hope?”

My doctor stared at me for a moment.  “I suppose that would be okay.  Just nothing dark or depressing.  You’re still staying away from that black metal, right?”

My cheeks became warm.  He remembered my taboo fascination with a very underground genre of heavy metal.  “I’m still in the process of weaning myself off.”  The energy and raw emotion in black and death metal had drawn me to it, but I was in the process of giving it up.

Even my wife, who isn’t even a Christian, has begged me to stop listening to extreme metal.  It will take you to a dark place for good, she always says.

Anyway, I have revamped this blog to make it more “positive” because, after all, it’s my new *gasp* ministry.

St. Dymphna, patron saint of mental illness, pray for me! 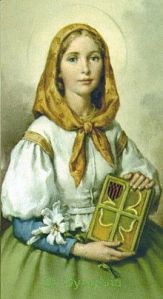